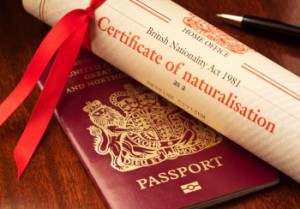 For those who are not British by birth, there are two ways of acquiring British citizenship: through naturalisation or registration. A child born in the UK to a British parent or a person settled in the UK is a British citizen by birth. It is possible to obtain a confirmation of British citizenship for a child where there is a risk that his nationality may be disputed. Children born before 1 July 2006 do not automatically inherit their British nationality from their father, if the father is not married to their mother. They have to be registered at the discretion of the Secretary of State to remedy this legal deficiency, or they may become British once their parents get married. There is no time limit on this latter provision. Citizenship through naturalisation is granted at the discretion of the Secretary of State. There is no right of appeal against refusal of an application for citizenship. Judicial Review is the only way of challenging an unfavourable decision. We strongly advise prospective applicants to seek legal advice before applying.